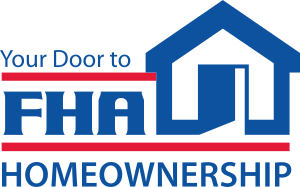 With the recently high unemployment rate one question I get asked quite often is: “Have I been at my job long enough to qualify for a mortgage loan?” So here is the rundown of FHA guidelines for employment history:

The borrower should have a consecutive two (2) year history of income with the same employer. However less than two years is acceptable if changes in employers are within the same field or industry. This is common with many Union employees who may work for several contractors in a year period.

The borrower must be able to document the reason for gaps in employment of longer than 30 days.

A newly employed borrower with less than a two year history of employment can provide documentation that they were attending school or a training program for the field of work they are presently employed in. Examples of such would be an person who just got a job as an engineer and just received their degree in engineering or a mechanic that just started working for a dealership and was in specialized training for their vocation prior to their employment.

Borrowers returning to the workforce after a leave of absence must be employed by the same employer prior to their leave.

Borrowers returning to the workforce after a leave of absence and working for a different employer or field of work must wait six (6) months before they are eligible for employment.

Review your situation with your loan officer if you have any question as to whether or not you’ll qualify.

Foreclosures in the neighborhood

While walking this morning I noticed the house two doors down had a notice on the door: This home is owned by Fannie Mae.

I know, it’s all over these days. I’m sure many of you have had a neighbor lose their home recently, also. It’s sad. He and his family have lived there since 2004. This house is very cute and was cared for and loved by my neighbor. It was built in 1938 and has been thoroughly remodeled and the landscaping updated.

Like so many others though, he’s not losing his home because he bought more house than he could afford – living there for seven years is a testament to that – but because due to the economy he is earning much less than he even last year and he can no longer afford to pay his bills.

And he’s not becoming a renter. He, his wife and kids are all moving-in with other family and sharing expenses.

I guess I’m from a different school of thought about this recession. I am not from the school of  “real estate and mortgage fraud brought down the country”. I’m from the school of thought of “Yeah, there was some fraud in the real estate industry, but the biggest cause of the bubble burst was the economy already being on a downward spiral causing loss of jobs which lead to people losing their homes and cars and other things.”

I feel my position is supported by the fact that it wasn’t only the mortgage industry that saw late payments and defaults. All sectors of the credit industry did: homes, autos, credit cards, etc.

Why did this happen? Well I’m no economist, but I can guarantee that the people really responsible for the mess we’re in have shifted the blame to those without the money and the microphone and are walking away scott-free and richer than they were in 2007.

The Consumer Protection Bureau is thinking about overhauling the Good Faith Estimate they introduced just 18 months ago because even that seem too difficult for most to understand. Heck, it’s been a year-and-a-half and I’m just starting to like it and understand what the CPB was trying to get at with GFE2010. Of course it takes the government to take a 1 page Good Faith Estimate form and turn it into a 3 page document.

According to a survey conducted by ING Direct consumers polled about the new GFE had this to say:

As a loan officer the things I get asked the most are:

#3 is not addressed on the current GFE2010 or either of the two new documents being proposed. #3 is VERY important also. In many purchase transactions the seller pays all of the borrowers closing costs so all the borrower needs to bring to the closing table is their down payment. It would be good to know that, huh? I usually end-up sending the “Fees Worksheet” (the old Good Faith Estimate) along with the GFE2010 because it addresses all the above and breaks the fees out into easier to understand terms than the new one.

Unlike last time though, this time the CPB is asking our opinion on what is easiest to understand and what we’d like to see. Check-out the two finalist forms in PDF format then vote for the one that makes most sense to you. You can also add notes after you vote if you feel the form is missing some information you feel is important to the loan disclosure and shopping process.