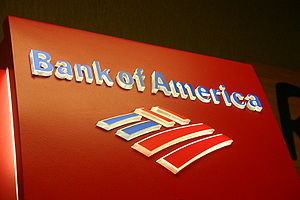 Mortgages » Ruling over compliance with state law could impact other lenders.

A St. George judge has temporarily halted all foreclosure sales in Utah by Bank of America, based on an attorney’s claim that the lending giant and related companies are not properly registered to do business in the state.

The May 22 preliminary injunction against BofA’s foreclosure subsidiary ReconTrust and other companies has the potential to affect thousands of foreclosures in Utah.

The two-page order, issued by 5th District Court Judge James L. Shumate in St. George, bars ReconTrust and others from conducting trustee sales in Utah until a determination is made whether ReconTrust is legally registered with the Utah Division of Corporations.

The order was issued in connection with a foreclosure against homeowner Peni Cox of Washington County. In response, BofA has filed in federal court to have the injunction rescinded.

The order comes amid a dramatic surge in foreclosures across the state, involving more than 22,000 homeowners who have fallen behind on their mortgage payments since mid-2008.

Attorney J. Christian Barlow of St. George, who sought the injunction on Cox’s behalf, said if the order becomes permanent, BofA and other mortgage companies would be required to register in the state and have offices where homeowners can negotiate with them face-to-face.

In a statement sent to news outlets, Barlow accused BofA and other big mortgage lenders of “arrogance and audacity” for taking billions of dollars in federal bank bailout cash, while “profiting by kicking people out of their homes without due process under the law of the State of Utah.”

Barlow said the judge “felt so strongly” in the case, he issued the preliminary injunction without a hearing to halt the foreclosure process. Barlow did not respond to calls Monday seeking additional comment.

A BofA spokeswoman said that as national institutions, ReconTrust and BofA are governed by federal laws and regulations, not state statutes, but that none of the defendants had a chance to make that argument before the Utah order was issued.

Bank attorneys have filed an emergency motion in federal court to have the state judge’s order either dissolved, modified to apply only to ReconTrust or delayed in taking effect until bank officials can argue their position before a judge, Jumana Bauwens said.

In the meantime, Bauwens said, BofA and its affiliates have halted residential foreclosure sales in Utah to comply with the injunction.The bank is committed to helping customers avoid foreclosure whenever possible, she said. “Foreclosure is a last resort and when it occurs, it is Bank of America and its related affiliates’ policy to handle foreclosures in compliance with applicable laws.”

An online check by The Salt Lake Tribune confirmed that the Utah Department of Commerce’s corporations division has no record of ReconTrust being registered a business entity in Utah. Three corporate registration records for BofA companies are all listed as having expired.

On its website, ReconTrust lists 977 foreclosures it is pursuing in 24 of Utah’s 29 counties, with 381 of those foreclosures in Salt Lake County, 213 in Utah County and 99 in Washington County.

BofA, headquartered in Charlotte, N.C., is the nation’s second-largest bank based on market capitalization, with offices in 150 countries, including regional offices in South Jordan.

Among other defendants named in the case is Mortgage Electronic Registration Systems, or MERS, a mortgage data-collection company based in Reston, Va. Created by the lending industry as a registry to track mortgages, MERS’ name is listed as the foreclosing party on thousands of delinquent mortgages in Utah, most of them in Salt Lake County, on behalf of dozens of the nation’s largest lenders, including BofA.

It was unclear whether the order required MERS to halt Utah foreclosures filed under its name on behalf of lenders other than BofA.

A MERS company spokeswoman said Monday she was not able to comment on the case.

This entry was posted on June 19, 2010, 4:34 pm and is filed under Foreclosure, Real Estate. You can follow any responses to this entry through RSS 2.0. You can leave a response, or trackback from your own site.